How Kylie Jenner Hid Her Pregnancy 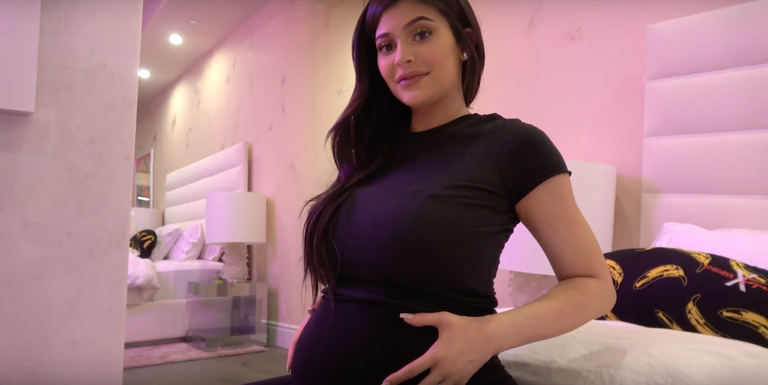 On Feb. 1. 2018 at 4:43 pm, reality television star Kylie Jenner welcomed her very first child with American rapper Travis Scott.
She gave birth to a girl and named her Stormi Webster, after nine months of laying low from the world.
Jenner,20, managed to keep her pregnancy entirely under wraps for the last few months. Virtually the only pictures taken of her after she started showing were taken by her or her family members to make sure the stomach was cropped out. She also intentionally wore baggy clothes or oversized jackets when photos were being taken of her. Jenner and her family went to extreme lengths to keep her pregnancy hidden. Her best friend, Heathers Sanders was also pregnant. When Jenner gave birth last Thursday, her mom, Kris, and her family constantly reminded the medical staff who helped in the delivery room of their duty to protect Jenner’s privacy. A source also said to E! that they used a decoy car to stop the paparazzi from following her and strictly limited the number of people who had contact with her.

The new mother has been wanting to be a mother for quite some time now. On her TV show Life Of Kylie, she mentioned that she would love to become a mother and that when she did, she would like to stay off social media, move to a farm, and raise her kids on her own with no nanny. Friends and family have commented on her being a mother with nothing but positive words. She also wanted to keep her pregnancy away from the world to have a happy and joyful pregnancy, said friends. However, at the announcement of her birth, criticism quickly followed. An woman on Facebook also commented on the announcement calling her a “bad influence” on all teens and woman and is encouraging them to have sex. Overall, she was able to keep people guessing and is enjoying being a new mother, although she’s in no rush to marry Travis Scott. Jenner also released an 11-minute video showing us the pregnancy we missed out on, on her Instagram. Jenner and her family are happily looking forward to the months ahead with their new family member.