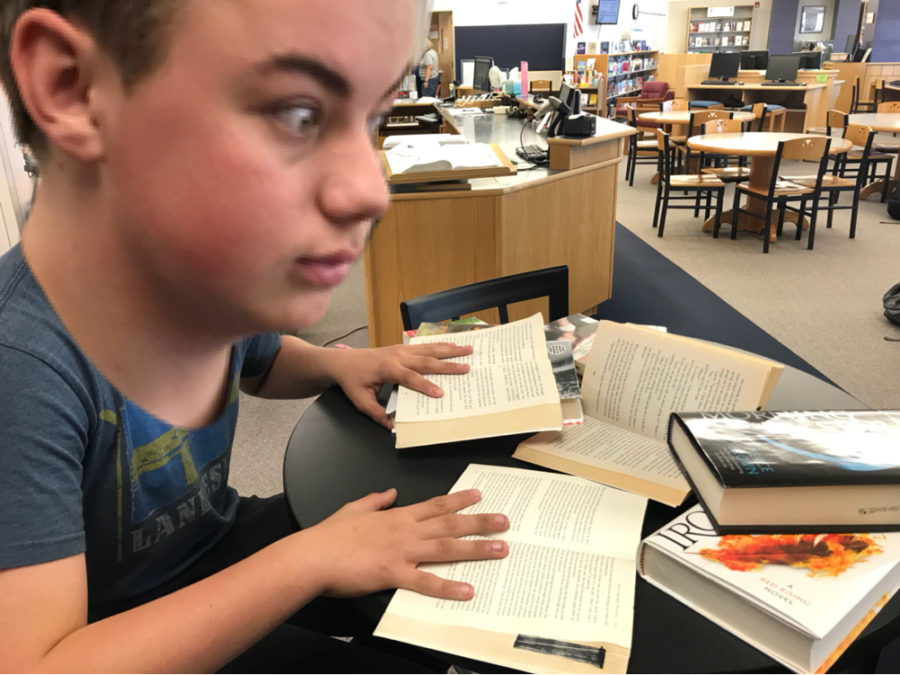 Following another victory in the Jefferson County Public Library’s Summer Reading Competition, the students of Wheat Ridge High School have been convicted of using performance enhancing drugs to help better their chances of winning the competition.
As the evidence comes up into the open, the Jeffco Public Library will be serving the following punishments to the doping students: “First time offenders caught doping will have their Elitch’s pass revoked. Students with a second offense will face a steeper fine with the mandatory shelving of six carts of books in the children’s department with the skinniest books and lowest shelves. After a third offense, the student will face complete and total loss of library privileges, including access to all online content such as eBooks, music and videos.”

“I don’t care about my library privileges being revoked. The drug tasted like pineapples. That’s my favorite flavor of anything,” said junior Nicklas Strunk, regarding the punishments in place.

As for the librarians, their reactions were rather sad and disappointed mixed with a little bit of extreme confusion. “It’s saddening,” said head librarian Debbie Livingston. “It doesn’t really make sense to use those types of substances in a reading competition. Seriously… what will that do for someone? What substance did they even use?”

After talking to some of the students at Wheat Ridge, it seems that they believe that some of the staff had pushed them to have to use the performance enhancing substances to win the competition.

“The forced participation that was pushed upon us basically encouraged us to use the substances. We had to win, so we had to cheat to do it,” said senior Rachel Vigil, who also happens to be the Editor-in-Chief of this paper. Other students are agreeing with her forced participation claim, stating that they would rather be falling asleep in Ms. Pera’s english class than sitting and registering for a summer reading program.

In an email conversation with the Teen Services Coordinator for the Belmar Library, Arra Katona, she expressed her thoughts on the scandal. “As a librarian I am shocked and dismayed to learn about the doping scandal for the Summer Reading contest. While reading may not be considered a ‘real sport’ this doping scandal goes against the very essence of sportsmanship expected in reading. While reading does not require the speed and agility of curling or bowling, it does require an amount of strength and endurance not found in other sports.”