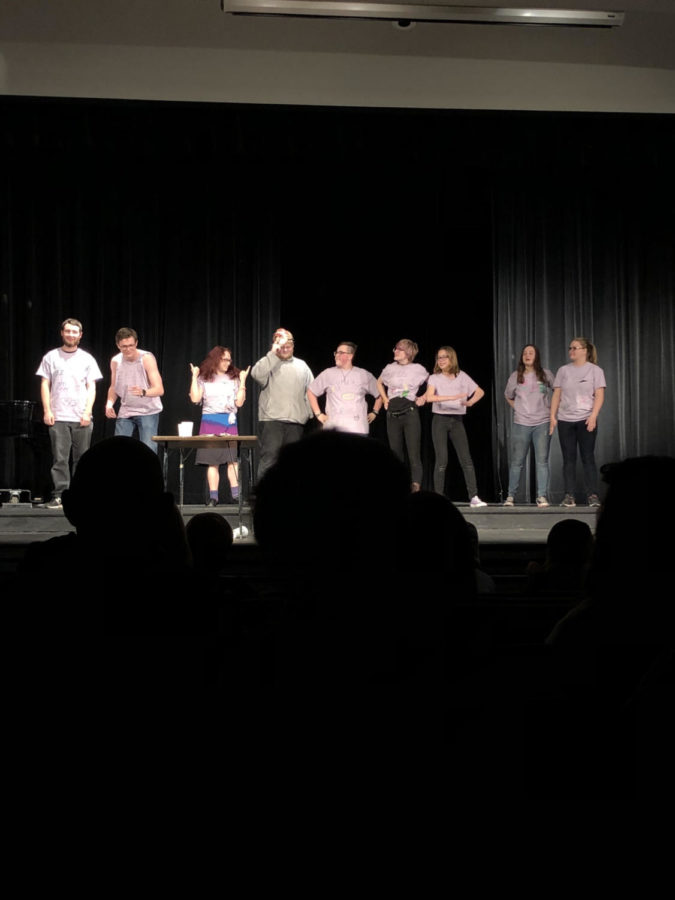 The drama club hosts Cupid Night´s every year here at Wheat Ridge High School.
The drama club changed it up this year as they used to do it only one weekend which was called Cupid’s Cabarae, this year, they changed it to three weekends.  My friends and I arrived a few minutes early to the school and we waited to be allowed entrance into the school auditorium. During the last two minutes we took our seats and excitedly waited for the acts to begin.

At 7:00 PM the play began. As the lights dimmed in the auditorium,and the performance began. The audience was smaller than I’d anticipated. My friends and I were excitedly waiting for the comedy to begin. Cupid’s Comedy takes you on a ride where you´ll laugh, want to sing, and most importantly want to see more.

The humor revolves around a series of skits and stand-up comedy. The skits consisted of, Captain America, McDonald’s, Youtube, a pick-up line war, a Friday the 13th special, princess, memes, and more. The music was written by the drama club, theatre teacher Autumn Ehrhardt, and Ehrhardt´s husband, Steve Ehrhardt. The skits, which made up of 90 percent of the performance, were astonishing. The characters, the jokes, and how the skits were beautifully created, blew me away. The characters were hilarious.

The stand-up comedy was very relatable especially, the act by sophomore James Lynch sharing his own personal experiences opening with, ¨Thanks for the outrageous applause. For the next three minutes I get to humiliate myself.¨

Many stand-up entertainers and actors were so pleasing to see on stage. The stage crew even made it even more enjoyable between skits with their humorous acts; I’m surprised that they weren’t actors! I have only one complaint: The crew should´ve had a few minutes during intermission for their own skit. The drama club managed to host a spectacular performance with good music and comedy. If you missed Cupid’s Night this year, be sure to attend next year!