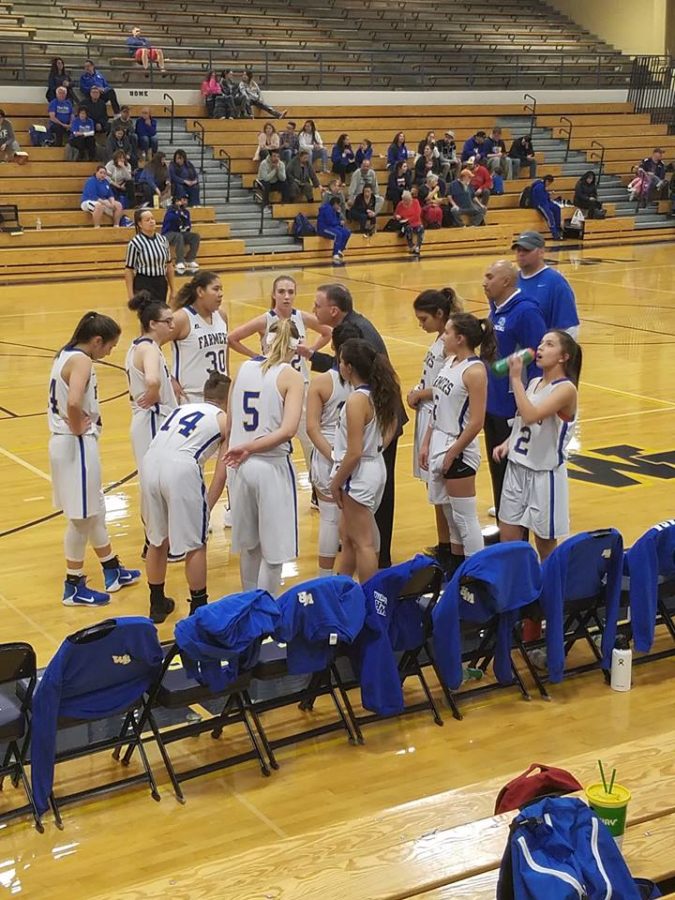 Students and parents gathered in the Barn on Wednesday, Jan. 16th to cheer on the Wheat Ridge Farmers varsity girls basketball team as they took on the school rival, the Golden Demons.
People were anticipating the rivalry. Starting strong but falling just short of a victory. The Farmers lost a hard fought battle, the score 31-46.

At the start of the first quarter, Golden came out strong, starting with a layup. Wheat Ridge quickly conquered this with a three pointer to put them right back into it. Finishing the first quarter 10-13 Golden up was not the ideal situation for the Farmers, but seemed manageable. The second quarter started off with a steal from number 15, junior Dafne Bustos, resulting in two points. The Farmers were still putting their heart and souls into the game and scored five points in the second, with Golden still up 15-28 going into halftime.

Coming out of half time and scoring a quick two, the girls were getting some confidence back in their shot. The Farmers defense was strong, but still allowed the Demons to score 10 points in the third quarter, maintaining the lead going into the fourth quarter 22-38. The girls fought to play make-up and get some points back in the final eight minutes of the game.

Holding Golden to low scoring in the fourth was good for the farmers, but time just ran out, with Golden winning 31-46. The top scorer for the game was a tie between junior Ari Bezjak and senior Marissa Chatman with eight points each.

After the game, sophomore Angelina Quezada said, “We started off great with tons of energy, only down by a three pointer in the first quarter and held their best player to only a couple points. But only a few turnovers and errors put us behind. We are set to beat them next time.”

Junior Dafne Bustos,reflected on how she thought she performed during the game, “Honestly I think I did alright. I could’ve made better passes or shots but I did alright.” Both girls played great games and put in a substantial amount of effort and passion during this game. Best of luck to the Farmers girls basketball team heading into the rest of their season.