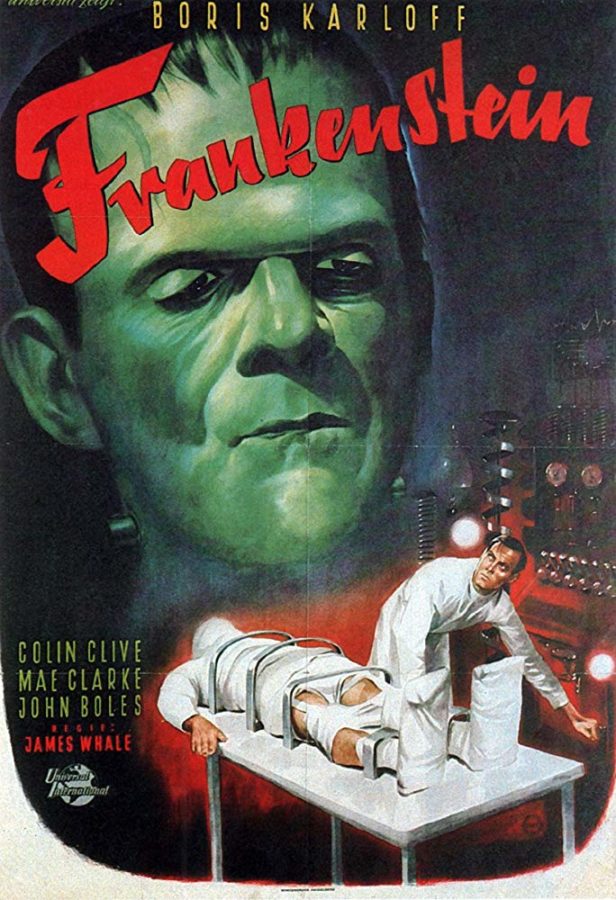 When we think of Halloween costumes, we always think of some classic vampires and “Frankenstein”, but what we don’t realize is in dressing up in these costumes we are revisiting some classic pieces of horror literature.

The classic characters featured in the horror movies that are seen as being some of the most iconic horror characters pretty much all come from stories that were written up to 200 years ago. These stories have been instilling fear in the masses for the past decades, even up to centuries at this point.

Overtime, the stories and more specifically, the main characters, have evolved and changed to fit different narratives. The best and most prevalent examples of these characters are Dracula, Frankenstein’s monster, and Dr. Jekyll. Each of these characters have had countless retellings and remakes in the past years, and so their character narratives has changed quite a bit.

Dracula originated in the 1897 novel of the same name, written by Irish author Bram Stoker. The novel’s main plotline focuses on a ragtag team, following the leadership of Van Helsing, and their interactions with the famed vampire himself, ending with the murder of Dracula.

This classic gothic novel has been adapted into various movies, books, and even a ballet, so it’s not strange for there to be changes. Dracula himself has been transformed into the basic vampire that people think of when hearing the word. Most images of Dracula in pop culture are rooted in the 1931 film featuring Bela Lugosi, complete with cape and Transylvanian accent. A different kind of adaptation of this novel is in the form of parodies.

The original story features a lack of humanizing personality traits attributed to Dracula, making him a menacing and frightening figure. In many more recent movies, he’s been given a far more complex and intricate human-like character. For example, in movies like the 1991 Bram Stoker’s Dracula, Dracula and the main female character, Mina Harker, are given a romantic subplot in an attempt to give a sympathetic air to Dracula. For example, the long running animated series The Simpsons features a parody version of the aforementioned 90’s dracula in the form of Count Burns, a character in the shows series of Halloween specials.

Another famous horror character that fits this description is Frankenstein’s monster. This character began in an 1818 novel titled Frankenstein or The Modern Prometheus, written by Mary Shelley. This novel focuses on the story of Victor Frankenstein and his work towards creating life in the dead and the perils that pursue him following his success in reanimation.

The character of Victor’s creation goes off on a journey of discovery after his birth, taking time to learn the languages and ways of man. Thus, he learns of just how cruel humanity can be. This causes him to lash out and, starting with the murder of Victor’s younger brother, begins a murdering streak.

The most famous adaptation of Shelley’s novel is the 1931 film of the same name featuring Boris Karloff. This film takes the character of the creation and makes him into a more stereotypical horror villain, complete with a lack of speaking ability and mindless violent behavior. This differs from the eloquence and complexity that is featured in the novel, but in this case the change made his character far scarier to the audience. A walking corpse speaking like a Shakespeare character isn’t as scary as an evil resurrected man determined to be violent.

A final example of a horror character that has been transformed since their long past creation date is Dr. Jekyll and his counterpart, Mr. Hyde. This story originates in Robert Louis Stevenson’s novel The Strange Case of Dr. Jekyll and Mr. Hyde, written in 1886. This novel details Dr. Henry Jekyll’s work in splitting his soul into the presentable and respectful portion and the more animalistic and violent portion.

The most well known adaptation of the novel was the 1931 film of the same title featuring Fredric March. This plot line has been adapted into plenty of different stories that aren’t strict adaptations of the original work and can be seen in movies that one doesn’t consider related to the 1886 novel. For example, the Marvel hero The Hulk can be viewed as one of these adaptations, with Bruce Banner playing the role of Jekyll and the Hulk playing his Hyde. Another example would be the 1996 Eddie Murphy film The Nutty Professor, with the role of Jekyll being filled by Sherman Klump and Hyde being played by Buddy Love.