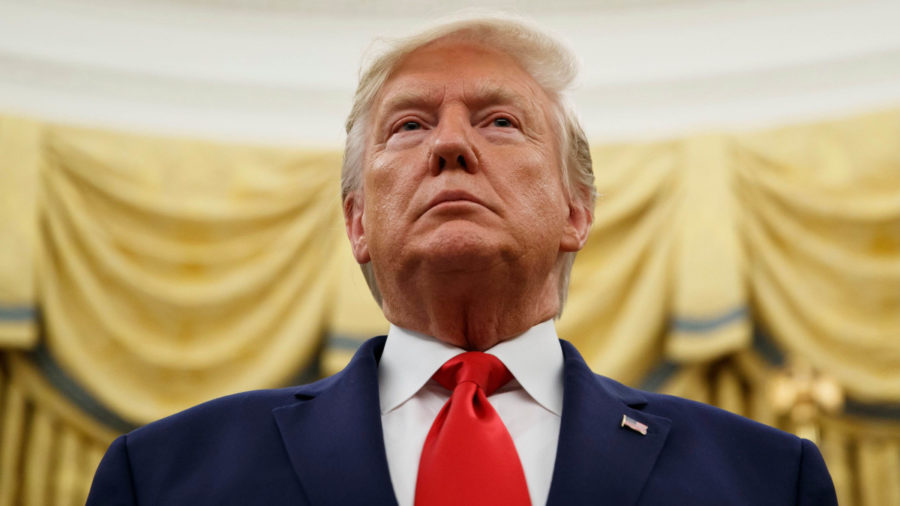 On July 25, 2019, President Donald Trump was on a phone call with Ukraine President Vlodymyr Zelensky for approximately 30 minutes.
In that 30 minutes, Trump and Zelensky discussed America’s defense funds for the civil war, still as lively as it was back in 2014. Also, Trump asked for a favor from Zelensky: to conduct an investigation on Democratic nominee Joe Biden’s son Hunter Biden. Hunter Biden had been in Ukraine for a business trip to build government buildings and served on the board of a Ukrainian oil company for Zelenski, which gave Donald Trump the thought that Hunter Biden may have been committing some form of treason or other crime against the United States.

On Aug. 12, 2019, an unidentified intelligence official filed a whistleblower complaint on Trump after reading the transcript of the July 25 phone call. Later, Donald Trump’s attorney, Rudy Giulanni was talking to Ukrainian Andriy Yermak, one of Zelensky’s aides, about what Trump said and strongly urged him to “just investigate the darn things” regarding Hunter Biden’s whereabouts and activity in Ukraine at the time of 2012. Trump later acknowledged that the Bidens were discussed in the call with the Ukrainian president.

Next, the Trump administration pulled American troops out of Syria in the middle of a cease fire by the Turkish, who have been fighting back the Kurdish minority, who demanded equal rights. After the Trump administration decided to pull our troops out of the war, the Kurdish leaders later realized that this would doom their revolution for equal rights to failure. The people and media of America saw this decision from Trump to be unnecessary and inhumane. The Kurds soon threw rocks and potatoes as a protest at the American troops as they left to go back home. One man in Syria yelled,  “American run like pigs.” This quote really struck a nerve on American media.

The cherry on this impeachment case is Trump’s most recent interview on Oct. 22, when he told his interviewer unironically that his “son is receiving foreign payments” which is extremely illegal. This last bunch of information has pushed 56% of Americans to vote for impeachment. Donald Trump’s approval ratings are at 40%, which is a record for lowest approval rating for any president in American history. The Democrats in the House of Representatives are now preparing for, in the last few months, to hold an impeachment vote. Trump may soon be impeached as more and more people are seeing that he is not fit to run a country especially a country like the U.S that plays a big part of the negotiations in the United Nations.