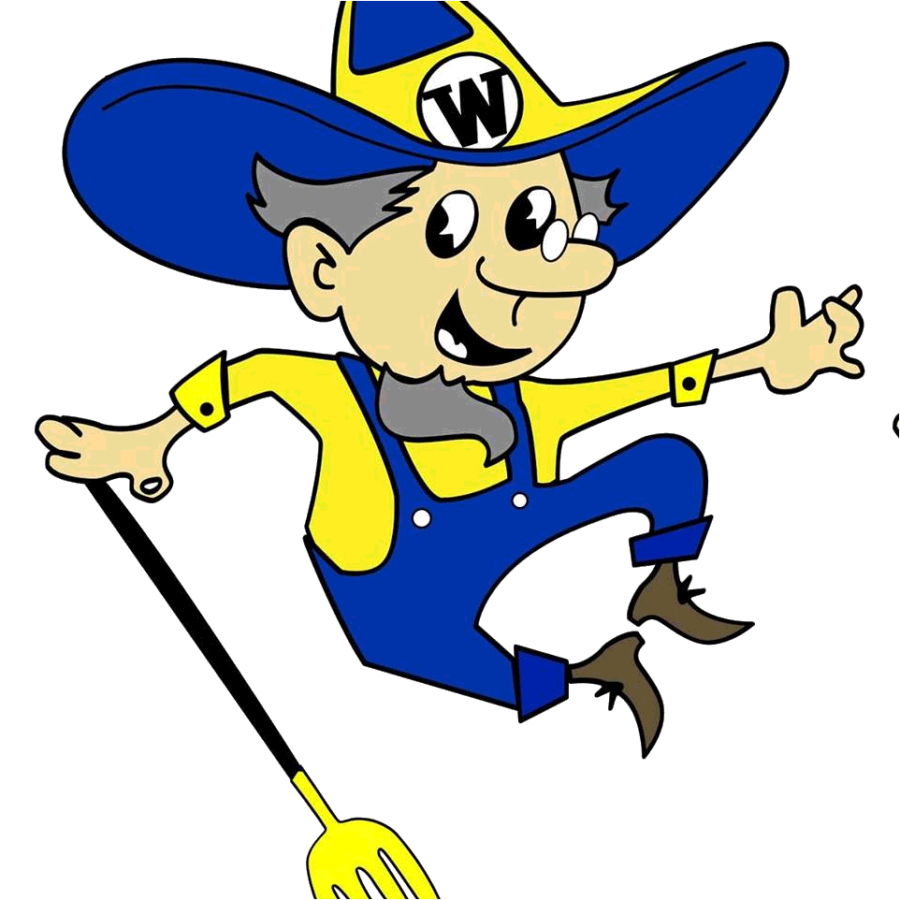 Farmers football had a good season, going 5-5 this fall. They had two major blowouts this year. The first one was their second game of the season against the Widefield Gladiators, winning 56-7. The second blowout of the year was against the Bear Creek Bears winning 36-0. The Farmers were ranked 94th in the state of Colorado.

The football players were super strong this year in all categories. For offense, the main stat leaders are senior Max Christensen with 644 passing yards in just 10 games, junior Rocco Tate with 694 rushing yards, and junior Sam Mcdonough with 460 receiving yards!

The gridiron defense had some pretty great stats as well; senior Soren Howard had 14 total sacks, Tate had three interceptions, and Howard also led in tackles with 68. The thing people always wonder with stats is, who scored the most touchdowns? The Farmer with the most touchdowns this season was Tate with 11 total touchdowns! Touchdowns are a huge accomplishment for players, as it proves they had a successful season.

When asked about his favorite game of the season, Tate responded with, “Arvada West because it was on my birthday and I scored four touchdowns.” Congratulations on a great season, Farmers football.

The Wheat Ridge Farmer boys soccer had a good season. They went 4-10-1 this season. They had a major blow out against Dakota Ridge, winning 5-0. They also had a couple of other wins that were very close wins and hard-fought games.

“My favorite game was Golden because they are our rivals and we had a really good competitive game the whole 90 minutes,” said senior Carlos Bustos.

During the Pomona game, the Farmers got out 2-0 going into the half, but had to keep fighting when the Panthers came back and scored three goals. Farmers got another two goals and took the win 4-3 over Pomona.

Stat leaders for this season of soccer starts with senior Vincent Pomponio getting 9 goals this season. Also, junior Ian Abo saved 120 goals this season–that’s a big accomplishment for a goalkeeper. “I’m really proud of saving that many goals, it was a cool accomplishment, but I couldn’t do it without the support of my coach and teammates,” said Abo

The teamwork and how well the boys got along was a huge thing, and that was Bustos’ favorite thing about this season: “It was a new start for us, the whole team and coach. We all got along in the beginning. We all committed to working hard in pre-season and decided to turn on the switch because it was time for a switch.” Great season boys.

Moving into Farmer softball, they had a fantastic season. They went 21-6 overall and 8-2 in league. The lady Farmers made it to state this year and were ranked 14 in all of Colorado at the end of the season.

“The feeling of making it to state is like no other feeling. It is a burst of excitement, joy, and happiness. Making it to state just makes you feel like every day, every hour, and minute put on the field to achieve this goal has finally come true,” said sophomore Aaliyah Arellano with great enthusiasm.

The Farmers had a couple of crazy games not allowing their opponent to score or to score very little, while they went and scored double digits. Their first game of the season resulted in a 23-1 victory over Thomas Jefferson. Then at their regionals debut, they defeated the Montrose Indians 18-0. Stat leaders for the Lady Farmers include Arellano with eight home runs and junior Alyiah Rothstine with 54 total runs.

This team had only one senior and she had a great season. “My favorite part about my senior season of softball was being able to play the game I love with the people I love, being given the opportunity to help be a big part of the program, also being a leader and helping my teammates achieve our goals but most importantly just living in the moment and going all out. Every game had its importance,” said senior Izzie Quezada. Everyone is so grateful for the time and effort she put in. Great season, Farmers.

Boys tennis had a terrific season! They finished 7-5 as a team, though everyone has their own personal records. They fought through horrible weather, match delays, and multiple matches rescheduled. They made it all the way to regionals and got pretty far in them. Some guys were a match or two short of going to state. They have an amazing brotherhood over in that sport, whether you have a day where you are off, or a day where you have your best match yet, everyone will cheer you on.

“The tennis team is a team that I would encourage everyone to join. Ask any one of its members and they will say that we have a lot of fun while being a competitive group. We are close and have a great love for the game. It’s a great option for someone looking to make great friends and play a sport, without it being a super long season. Playing tennis is one of the best decisions I ever made,” said senior captain Sam Stahl as a final farewell and an encouragement to join the team.

In tennis, you don’t really have different stats for types of things a person can do; you have personal records for each match. With that being said, junior Alejandro Mena Casa went 8-3 in singles matches this season. In doubles, there was a tie with the best record between Stahl and sophomore Jack Ziporin and senior Parker Snyder and senior Marvin Younger at 8-3. Everyone had a great season and had winning records. Awesome season, boys!

Last, but not least, girls volleyball had a good season. Everyone put in such an effort and had great teamwork over the season. Even though they went 2-21, they all had a great season playing together.  For the majority of the team, it was going to be their last season on the court, six out of nine of the girls on the team are seniors.

“My favorite part of the season was the team bonding we had in the locker rooms and the bus rides. I also did like the games; even though we didn’t win any cause we were always laughing and having fun,” said junior Jadyn Linenberger.

Senior Monica Salazar had the most Aces this season, with 21. Aces are when you serve and the team you are serving to, can’t hit it back.  Kills are when a ball is in play and you hit it and the other team can’t return it, resulting in a point for your team. Senior Kailey Miller had the most kills this season with 61.

Even though there were no updates on the Golf and Cross Country team to be found online, they both had an overall good season. With Cross Country, there were quite a few injuries, but they worked through them and persisted.

Overall, the Farmers had a great fall sports season with everyone having fun and taking home victories for Wheat Ridge. Now, let’s go and cheer on winter sports and hope they have great seasons!