America Changes Tobacco Age from 18 to 21 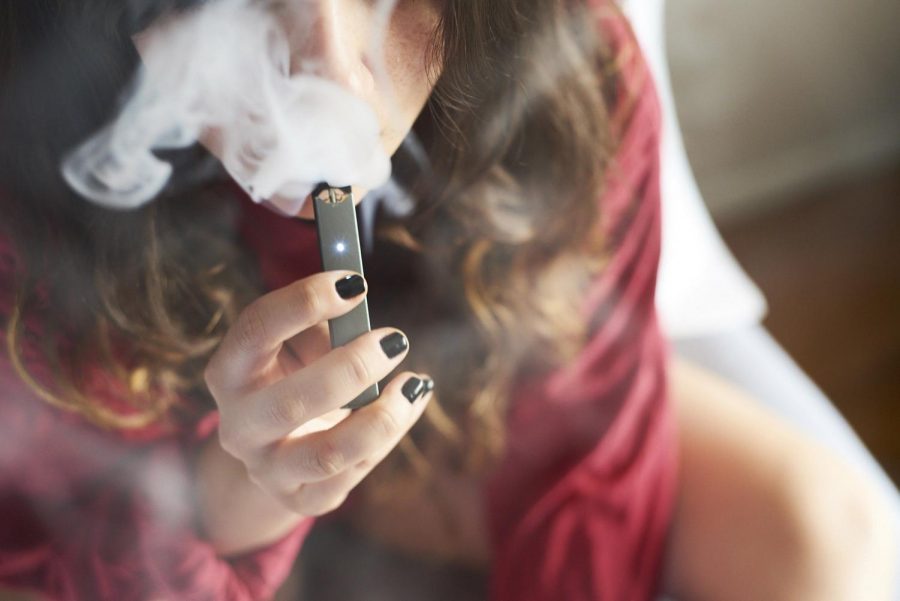 On Dec. 20, 2019, Donald Trump signed a law to make tobacco be illegal to have at 18, 19, and 20 years old.
This age change will help lower the cases of deaths, illnesses, and addictions at young ages,  along with letting young people thinking more into their decisions. This change has caused a variety of different reactions from all around America, and why we made this change in the first place.

The U.S. Congress has voted to raise the age for purchasing tobacco from 18 to 21, and it’s applied that rule to e-cigarettes as well as more traditional tobacco products. By raising the age, it can help young adults learn more about its harmful effects and how it could affect their bodies, and be able to think more into their decisions on what they want to do with their life, without getting addicted to things earlier in life.

The law has now been approved by the Senate, and President Donald Trump. In April of 2019, Mitch McConnell, a Senate Leader, began to push a bill to raise the buying age for tobacco, saying he was responding to a dramatic rise in teen vaping. This bill caught President Trump’s eye as he spoke about the bill later on in November., while also bringing awareness to the fact that 19 states have already passed the “Tobacco 21” laws, meaning states have already begun to start accepting 21 as the new age to buy tobacco products.

Dominant e-cigarette maker Juul also has begun to use these new restrictions at both state and federal levels for “Tobacco 21”. “ E-cigarettes have been singled out for criticism in 2019 because of a sudden lung injury crisis that affected thousands of people and killed over 40,” TheVerge.com stated in their article, further showing more details about this new law.

The American Lung Association also supports the age change because by raising the age, it will save many lives. Many states have begun to follow the “Tobacco 21” law, which lets the state independently change the age to 19, 20, or 21. California, Connecticut, Delaware, Hawaii, Illinois, Maine, Maryland, Massachusetts, New Jersey, New York, Ohio, Oregon, Pennsylvania, Utah, Vermont, and Washington along with the District of Columbia have decided to follow Tobacco 21, until all of the United States changed the legal age to 21 on Dec. 20, 2019.

“‘Tobacco 21’ could prevent 223,000 deaths among people born between 2000 and 2019, including reducing lung cancer deaths by 50,000. This landmark report provided the science to support our advocacy efforts,” the Nation Academy of Medicine stated to Lung.Org. When President Trump signed the bill into law, it took effect almost immediately, and those who sell tobacco products made it aware to buyers, and changed their signs to make sure the new law is aware and to not sell cigarettes, vapes, or even e-cigarettes illegally.

Before the law took place, 94 percent of adult smokers have had their first cigarette before turning 21, and most of those smokers (81 percent) have had their first before turning 18. By adding this law, the more people become aware of the effects smoking has against you. The point of this law is to make sure we have less people in the world that smoke at a young age, much like what some American states had done with alcohol sales because of America deciding to lower the voting age from 21 to 18 from 1969 to 1976. This law will hopefully lower the death rates caused by smoking or vaping, and change the world for the better.

I also had the utmost privilege to get an interview Moses, the dean of discipline, about what he thought about this new change. Jenna Martinez joined me on the interview with him to help ask the questions. Here is the end result….