Izeta Gave Up the Cage for the Farm 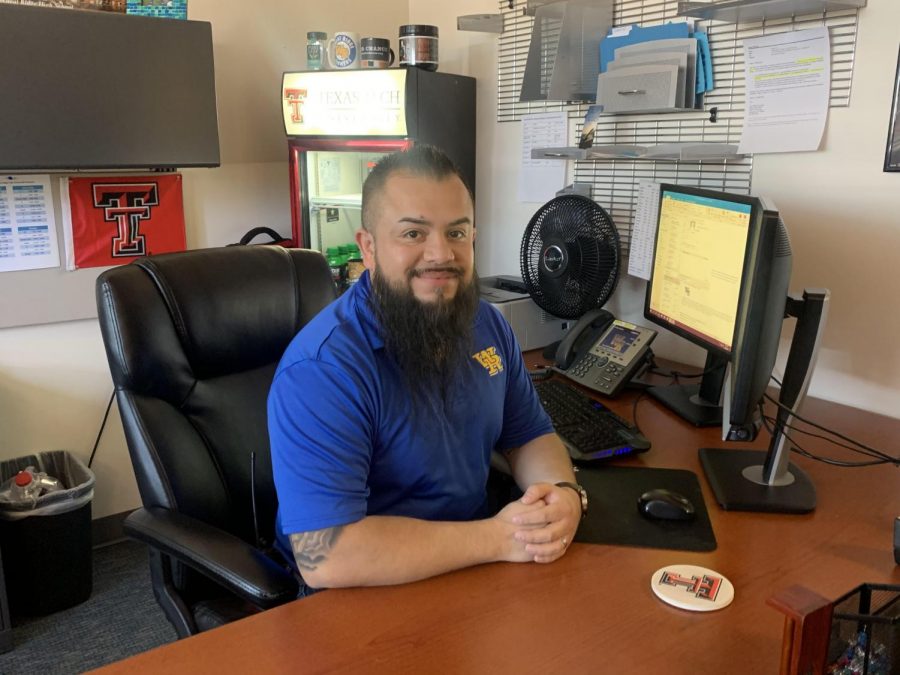 Mr. Izeta in his office doing his job as the dean of WRHS.

After a very interesting interview with the current dean of Wheat Ridge High School and former MMA cage fighter, Moses Izeta, we discovered some very interesting facts about his past career.

Before he was a dean here at WRHS, Izeta seemed to be very fascinated by doing something fun as it was also teaching him how to become a hard worker. He decided to pursue cage fighting for some time. Izeta  explained that he “was a problematic teenager, growing up fighting, so I tried to use it in a positive way.” Izeta was only involved in two fights, so his fighting career obviously didn’t last long, but he sure seemed to enjoy and be very fond of the time he spent fighting.

So, why did the legendary Moses stop fighting? Izeta revealed that “training for cage fighting is a full time job, you have to eat, sleep, and train every single day. You have to be committed to training if you plan to make it professionally and make a lot of money from it.” We were very interested in knowing more about why he decided to become a dean.

We asked Moses “What do you like about your job at Wheat Ridge?” His response was very uplifting and so genuine. He said “I love working with kids similar to my background experience and things I’ve dealt with growing up, I try to be that staff member that I needed when I was a teenager… I take satisfaction from my job… I always go home happy about what I do, especially with the kids I work with.”

After finally getting to the bottom of why a cage fighter would decide to become a dean, we felt very satisfied with the answers we got. Even though being a cage fighter sounds way cooler than being a dean, the story behind it all is incredible. We’re glad to have Moses as a part of the Staff here at WRHS, always watching over us and making sure we’re doing our best.