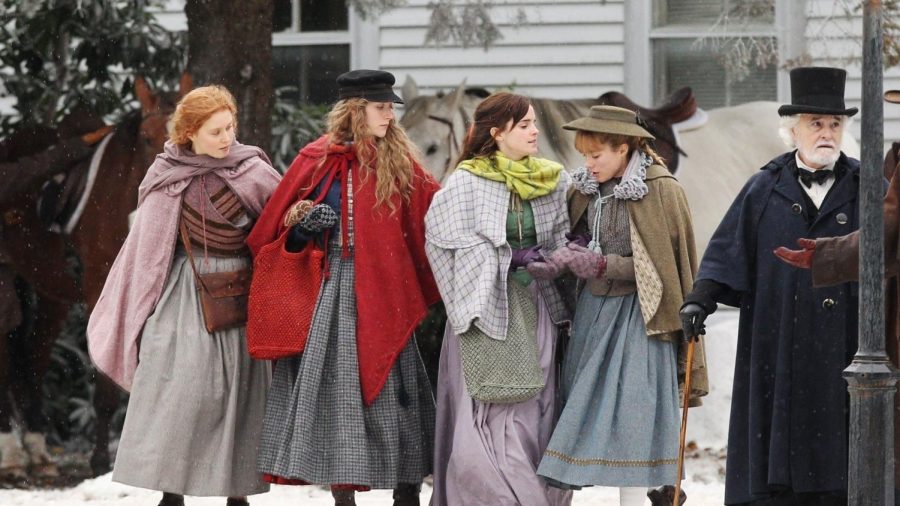 Little Women is a classic novel originally written by Louisa May Alcott that has been loved since its 1860’s publication.
It is cherished by millions and that’s evident in the multitude of adaptations. To television series to even a musical, it has been put to a different set of actors multiple times.

The story revolves around the life of the March sisters during the Civil War. It deals with themes of growing up and leaving childhood behind.

One of the most well-known of these adaptations is the 1994 film that features Winona Ryder, Claire Danes, and Christian Bale among others. It was nominated for three Academy Awards and has been held in the hearts of fans. Many consider it to be possibly the best adaptation, but that may have changed.

In December of 2019, a new feature film directed by Greta Gerwig was released on Christmas day. It features Saoirse Ronan as Jo, Florence Pugh as Amy, Emma Watson as Meg, and Eliza Scanlon as Beth. Timothée Chalamet portrays Laurie, the March sisters’ neighbor, and Meryl Streep plays their aunt.

This adaptation is wonderful for a number of reasons. It does things that aren’t in other adaptations. For example, the character of Jo March in the original novel ends up marrying an older teacher. This is out of character for a number of reasons, such as the fact that Jo spends the entire novel speaking about how she will never be married and how she is, for lack of better terms, a lone wolf. This happened primarily because Alcott was pressured by people like editors to give her main character a husband due to the time period. The 2019 film remedies this by making the novel Little women be a piece that Jo writes, including the fictionalized marriage of herself as requested of her editor.

Another thing that this adaptation did that was different was their treatment of the youngest March sister, Amy. For many readers, Amy is their least favourite character, thinking of her as selfish and careless. In this adaptation, she is portrayed by Florence Pugh as the caring, loving sister that many fans see in the original book. I think Pugh’s performance as Amy and her interactions with Laurie (Chalamet) were a huge highlight of the film and is one of the aspects that set it apart from the rest.

Many fans of this film have been debating about Greta Gerwig getting “snubbed” of a nomination for best director at the Oscars. I think that Gerwig should have been nominated because this film is truly a masterpiece and needs to be recognized for its amazing directing. One of the multitude of spectacular choices in this film is its non-linear means of storytelling. By that, I mean that part of the film takes place in the past and all of those scenes are filmed with a orange hue to it, showing the way that we look at the past with a form of rose-colored glasses. On the other hand, all scenes shot in the present relative to the film are shot with a blue hue, showing a sense of sadness and sullen feeling to the present.

The 2019 Little Women film is truly a beautiful film that feels like getting transported back to the 1860’s. The actors’ performances are moving and full of heart and they truly made a film that would make Louisa May Alcott happy. If you have the opportunity, definitely go and see this film, and relish in its beauty.