The Internet Continues to Exacerbate the Love of Serial Killers 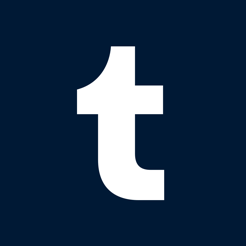 The internet, objectively, is a wonderful invention.
Access to information has never been higher,  and it has given those who feel alone a sense of community. I know that the internet has truly given me a sense of belonging and has allowed me to feel assured in my passions. However, it’s no secret that it is also a breeding ground for horrible behavior. From the spreading of false information to harassing people to the breaking point, it gives terrible people the anonymity that they crave.

One of the most popular current dreadful obsessions of the world wide web is the romanticizing of serial killers and murderers. This concept is not new. Serial killers have practically always had a cult following of “fans,” with some such as Ted Bundy and Richard Ramirez getting letters and gifts from strangers while serving their jail time. The internet and social media have just exacerbated this problem and given a bigger platform for these “fans” to voice what they think.

A big example of this romanticization is seen in the following of the Columbine shooters. Popular on social media sites like Tumblr, these two killers have been labeled by numerous teenagers as “misunderstood loners who just needed love” as opposed to the killers that they truly were.

Sites like Tumblr foster a fanbase for serial killers, which is referred to as the TCC also known as the true crime community. This is different to people who are interested in true crime for reasons other than to idealize murderers. Technically, no matter how disgusting you find this behavior to be, it is “harmless.” This can be true for the most part. However, here in Colorado just last year, we had an incident in which a woman, Sol Pais, who considered herself a fan of the two Columbine shooters, posed a threat to our schools.

Fostering this behavior, while it remains unharmful to people, can just lead to future danger. Not only this, but, if there isn’t some sort of moral system taught to the children of this generation through an understanding that doing something only to cause harm isn’t good using incidents such as the aforementioned killings, then you’re running the risk of even more danger.

Even for the Haystack here at Wheat Ridge High School, one of our biggest stories in terms of popularity was one about a serial killer, his name being Vincent Groves, who went to our school back in the 1970s.

Now this kind of idealization is not new to the internet. Killers as far back as the 1800s with people like Theodore Durrant who also had “fans”. As I mentioned before, internet sites can just help provide more of a platform.

The internet is not only used for the fanbases of serial killers, but murderers also use platforms such as YouTube to broadcast their views to a larger audience. Two such cases are Elliot Rodger and Trey Sesler, also known as Mr. Anime. Both of these men used their YouTube pages to show people everything wrong with the world and to build a fanbase before they had even committed their egregious crimes.

To be frank, the internet is wonderful for a multitude of reasons, but there’s always some level of danger that lies in the anonymity of social media.There should be some level of examination by the heads of social media on what is placed on their sites.The audiences of these sites should be aware of the danger present and always be vigilant. I’m going to leave this with one piece of advice that you should all know: serial killers and school shooters are bad people who should not be idolized.