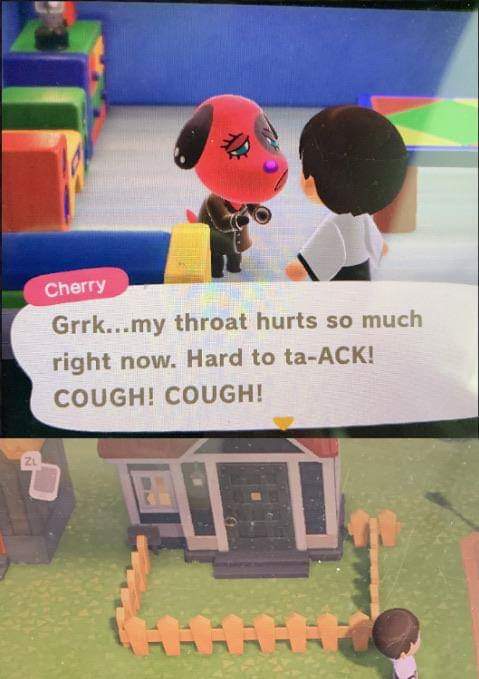 In our first town, we had simple villagers. Our first town was simply called, “ Animal Crossing.” BUT, as time moved on, people got bored, and decided to create a new town, called “Wild World” which featured many more things than our first town could ever imagine! We thought we were done for, seeing as “Animal Crossing: Wild World” was getting more popular than just “ Animal Crossing”, so we all moved to Wild World to stay. UNTIL, Wild World wasn’t getting as much attention as before, so villagers began to move away. But, no one would tell us where. Hence, we discovered a while later that ANOTHER town was discovered, called “ Animal Crossing City Folk.” They had cities now?! Obviously something was up. These people kept creating towns while basing off the original name of OUR town! Many people went over there to investigate, seeing people finally happy, as now we had so many people build the city for us, and all we had to do was spend some precious bells. After a while we began to lose hope as there was hope of another town making its way to the world. And, they were correct. The town, “Animal Crossing New Leaf” was made, and this made a lot of people move once again! We decided to move once again, craving the new looks and scenery every time.

This became a repeated schedule for everybody, and hence, I have decided to get away from the schedule myself. I moved away, far away that I knew no one would follow me too. I still kept up with the news as new towns were made, all different and new. The towns “Animal Crossing Happy Home Designer,” along with “ Animal Crossing Amiibo Festival,” and heard the old town of “ New Leaf” had been changed to “ New Leaf- Welcome Amiibo.” They even created a campsite called “ Animal Crossing Pocket Camp,” but that seemed the end of it.

I enjoyed my time on the island, building my home in a cave, hiding away from everyone else as I enjoyed my life in solitude. But one day, I checked the TV to see a new town was going to be made, on an island. I panicked, and quickly crafted a face mask along with gloves, and built a door to keep myself shut out from this new “Animal Crossing New Horizons” town. Which is why I come to you all.

Please, stay indoors to avoid the dangers of this new town! These kinds of things have happened before, and I am currently trapped in my home as my island is put under quarantine! I pray that if you come to this new town, that you plan to build a home, get protective material, and stay inside at all costs. This new virus will not stop, until a new town is made. Which I fear, will not be for a very long time!

This is director “Trash Panda” signing off, maybe for the last time.