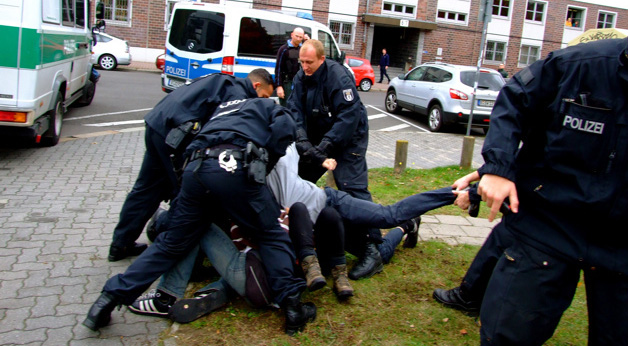 Police are arguably one of the most controversial aspects of our society. Whether you sport ACAB (All Cops Are B*stards) written on the back of your denim jacket or if you proudly have an American flag with a blue stripe on your bumper, there is a good chance you have formulated a strong opinion about law enforcement.
For me, I don’t like cops. And now before you label me as a delinquent, I can assure I do not hate them for personal experiences with them, but rather what they stand for.

The justice system in America is immensely flawed, and I think we can all agree on this to some extent. It unjustly targets minorities and doesn’t truly protect all of America’s people. Cops simply perpetuate this injustice because that is considered the norm. A former cop for the St. Louis Police Department, Redditt Hudson, did an interview with VOX https://www.vox.com/2015/5/28/8661977/race-police-officer to tell his story about his experiences being a black cop. He said that his friend also in law enforcement had the theory that about 70% of officers could either do the right thing or the wrong thing, it all depends on who they are with, and it is common for them to fall into the wrong.

Institutional racism is ingrained in much of our society, so it should be no big surprise that it has a lot of aspects of law enforcement. The issue with this is that because it’s so ingrained, it’s considered the norm. This is why officers tend to lean more often to doing the unjust thing. Because cops are human, they fall into acting upon this norm, even though it is wrong.

I don’t believe that I will ever fully trust or like officers if I have to keep reading news stories about how an innocent and unarmed black man was shot by police. According to mappingpoliceviolence.org, a group that works towards comprehensively mapping all instances of police violence in the United States, police killed over a thousand people in 2019, with the majority being black and unarmed. This is excused and most of the time officers are not held responsible for these horrific actions. Until this is remedied, blindly trusting the police is not something I can do.

Just this past Feb., an innocent black man was shot and killed while jogging in Georgia. He was killed by two men who stated that they were only doing their duty as citizens, citing the man’s potential involvement in some robberies. Now, these two men weren’t directly officers, but they used the guise of fighting for the law to commit a heinous murder. The actions taken by the police have allowed for this shield  to be put upon murders like this.