The Startling Increase in the Deaths of Innocent Black Trans Women 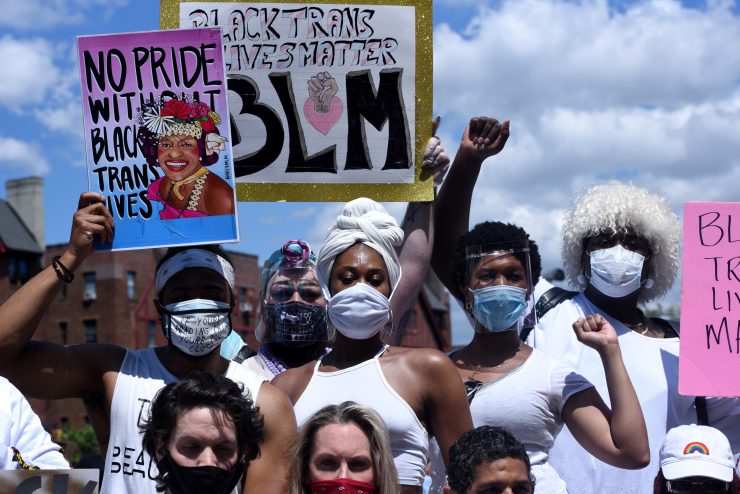 Transgender people have always been at disadvantages. Whether it’s people not believing that they are who they are or its blatant discrimination simply for who they are, life has never been fair to these people.
Personally, I’m cis (meaning I identify with my birth sex), but I have friends who are gender fluid (meaning that they don’t specifically identity with either male or female, often going by they/them pronouns) who I have seen made fun simply because of who they are. In the year 2020, most people would think that life would be better for everyone, despite gender or identity, but there is still a great amount of change that has to be made.
In recent years, people have been pointing out the disgusting amount of trans women, specifically Black and POC women, who have been murdered or fatally shot. Just in 2020, as of Oct. 1, 29 gender non-conforming and trans black and Latinx women have been killed. The most recent victim was 29-year-old Mia Green, who was fatally shot in Philadelphia on Sept. 28.
A statistic that is thrown around quite a lot when discussing trans issues is that the life expectancy for trans women is around 35 years of age, when the average life span of a cis woman, at least in the United States, is around 79 years of age. The actual statistic for trans women seems to date back to a report done by the Inter-American Commision on Human Rights back in 2014, which stated this average life expectancy. This is a startling and horrifying difference of age. Thirty-five seems more apt to 1700s, a time we have far left behind.
Life expectancy being so low is for a number of reasons. For one, people who are trans teens are more likely to commit suicide or attempt, according to the American Academy of Pediatrics, than their cis counterparts. Another reason for this number is the amount of hate crimes that trans people experience. This is directly tied to this number of murder trans women, seeing as many of these deaths were caused with discriminatory reasoning.
This recent uptick in deaths has inspired a subsection of the Black Lives Matter movement that specifically focuses on increasing the support and awareness for these Black trans individuals. This has been seen on social media and at protests with signs that read “trans lives matter.”
Trans Black women are the intersection of quite a view marginalized groups, making them an easy target for harassment and attack. This vulnerability is one of the reasons why this part of the movement is so very important. If you want to support this movement, here is a link to a Carrd (a type of one page site that has been used throughout the recent protests) with links to petitions and fundraisers.