How People Reacted After the Election Ended 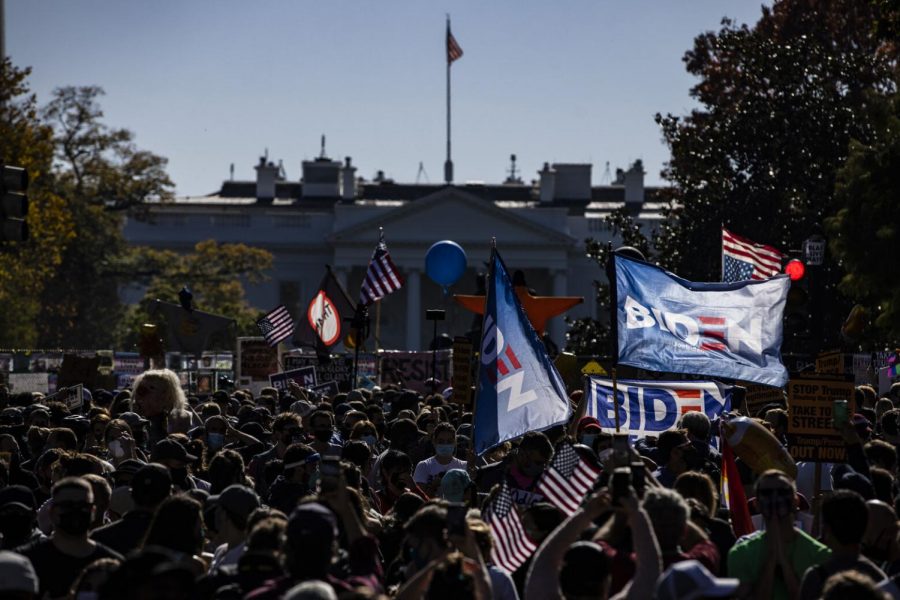 The Election
As the election itself was Nov. 3, but the results weren’t called until Nov. 7. However, before the election, many Republicans and Democrats were making solemn vows to themselves and to others if their opposing candidate wins. Republicans stated they would act calmly towards the election, and some said they would be ready to leave America if Joe Biden, the Democratic candidate, won. Some Democrats were the same, stating they would leave America if Donald Trump was elected again, and that America would continue to become worse. During the very stressful days of all the polls tallying the votes , especially those places who had spent a very long time counting polls this election year, like Nevada and Pennsylvania, people began to change their motives. Trump began to try and stop the votes from coming in, stating he already won the election, while Biden would be waiting patiently for the votes to all play out. But, how did the people react once the polls were deemed final, and that America had a Democratic president once again?
How Results Carried Out
When it was announced that America had a 46th president, many different people reacted in many different ways. Some wanted to leave America to go to Canada, or Mexico, believing that it is a better place than America. Some jumped for joy at the fact a new president was elected, and that he promised to make changes and laws to protect women, LGBTQ+, etc. from being harmed again. In fact, as the election results were announced, people began to flood the streets, holding Biden signs or Trump signs, and were cheering or spitting at the fact that their candidate either lost, or won.

Many Biden supporters had flooded the streets, holding many signs and cheering at the win Joe Biden was granted, along with Kamala Harris as the first female vice president, and being able to bid away with Trump. They had peacefully flooded the streets cheering as many Trump supporters began to rage. As crowds grew and grew, so did the spat between the two different candidates teams. But, in the end, many Democrats are glad that Biden has won, for he can make the changes for the LGBTQ+ community, women, and others deserve.

However, many Trump supporters reacted in a very negative way. Keep in mind, during and after the election, Trump wanted to make many rules to change the results, and to change the rules so that he could win. After the results were posted, he had written on his twitter: “ I WON THIS ELECTION, BY A LOT!”.

This was just the first of many to come as he continues to write many claims, to which huge Trump supporters, on the day the election results were announced, came down the streets screaming hateful words, hating the day Trump was not reelected president. Many had begun to fight with the Biden supporters, some even getting into fights. It is clear to say, most of the Republican team was not happy, but some have accepted the election results. They are not happy about it, but it is better than going to fight or kill someone over not getting the result you would like.

It is still unclear whether the results of this election are final or not. While Trump continued to fill his twitter with words, some that could be true, and some that could be false. Plus, many of Trump’s campaign has filed lawsuits about the election believing many of the results are incorrect, but many of the suits have been dropped. And with Biden continuing with his many speeches and letting everyone know his plans, and what he is doing right now to begin those plans. But, until the Associated Press comes out with a clear answer of who has won the election, and many states like Georgia and Winsconsin doing recounts of their election results, people will have different beliefs about who is our president in 2020, and some of the beliefs will either be violent, or be peaceful.