The Ideological Difference in the Democratic Party 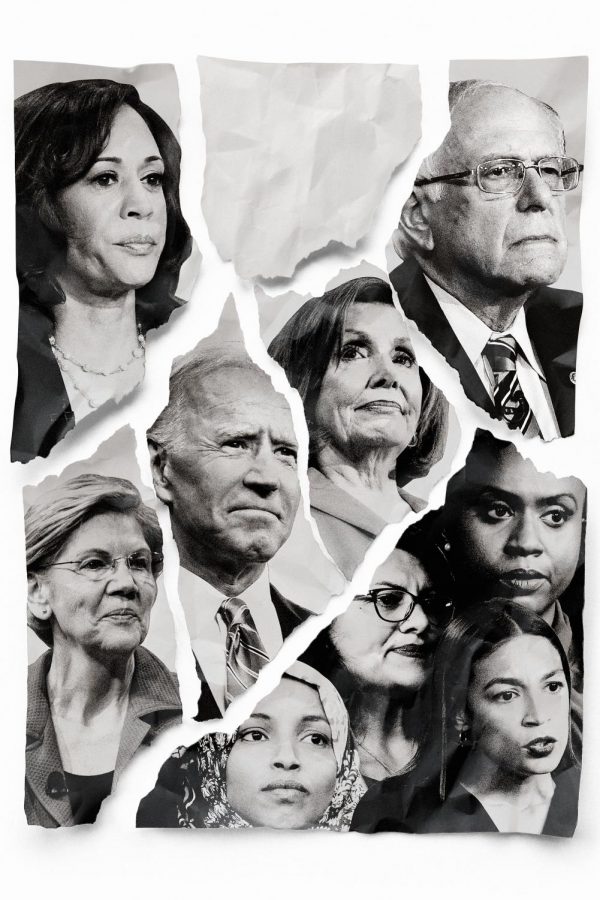 The United States  is a country of political differences, which often leads to a lot of conflicts in our government.
We have a party system where our politicians choose a party they will be a part of and usually these parties align with their own ideals. However in a lot of circumstances we have politicians who have to join one of the major two parties simply because it’s their best shot at running in politics. So we have to ask questions like, how are Alexandria Ocasio-Cortez and Joe Biden both members of the same party? Both Democrats’ ideologies are fundamentally different.

AOC (a nickname she has embraced) has even famously said, “In any other country, Joe Biden and I would not be in the same party.” The reason for Congresspeople with such drastically different ideologies being in the same party in America is simply because of the way that politics is structured in the U.S. We have these large tents Democrat and Republican parties taking so much space that the other parties are almost never in the limelight. In order to make it in politics, some of our candidates are forced to share the party  name with others whose ideological roots are very different from theirs.

Let’s compare for example Nancy Pelosi, Chuck Schumer, and Joe Biden, who more so represent the Democratic establishment and use more conservative methods in order to get the results that they have promised the people who elected them. The Democratic establishment fights for the same thing that the progressive wing does, However they don’t want to cause changes to the system as they’re doing it.

On the other side, we have progressives like “the Squad,” consisting of AOC, Ilhan Omar, Ayanna Pressley, and Rashida Tlaib who believe that the party should fight for accessible healthcare, sustainable climate policies, and affordable education for all, but to achieve these policies the United States has to drastically change what it’s policy and economics look like; to quote Bernie Sanders “It’s about transforming this country.” This progressive wing of the party is often considered radical by people who oppose them, but are the acts they want to enact really that insane? Many other first world countries already have these things like Universal healthcare and affordable higher education. In terms of providing healthcare as a basic human right, and wanting to further educate their citizens past high school affordably America is behind, that’s the way progressives see it and they want change now.

What does this split in the party mean for the future of Democrats however? Since Bernie Sanders ran for president in 2016 and more recently in 2020, the progressive side of the party has been gaining more and more momentum. Both AOC and Bernie Sanders showed how campaigns can be successfully funded using social media and small donations. The movement attracted a whole generation of young Americans who felt that the democratic party offered them no hope for the future, but the progressives did. According to CBS News today’s young people are the first in U.S. history to be poorer than their parents, so it’s no wonder why many say they want major reforms and to change the status quo.

Could these progressive generations be the cause of a new party resulting from a split of the progressive Democrats? Well, that’s quite frankly something we Generation Z voters get to decide.