The Election is over, and there is no evidence for fraud. 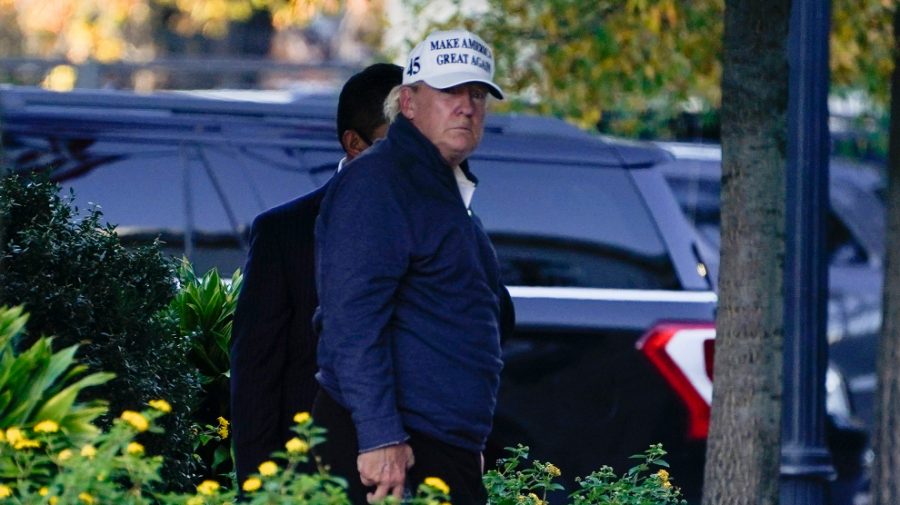 The results are in. Joe Biden will be the next president of the United States of America,
with an astonishing electoral victory with 306 electoral votes winning nearly every swing state except Florida, and even pulling through in Georgia turning the state blue and in recount territory. Donald Trump, of course, as we all expected, conceded the election results and kept the balance of fairness in our elections that’s been in place for generations. Oh what’s that? He hasn’t? Well, this is completely unexpected. Okay, joking aside, Donald Trump did not concede and is claiming mass fraud in every key state he lost including but not limited to Georgia,  Wisconsin, Minnesota, Michigan, and Pennsylvania.

Trump and his campaign have launched multiple lawsuits against the states he lost in and are literally trying to overturn American democracy as we know it. It’s an absolute disgrace to our country’s name.

The evidence for this fraud is completely non-existent and Trump’s own administration came out before the election and said “This is the most closely watched election in history”.

Let’s entertain the idea that there was fraud. If Democrats cheated so much, then how do you explain that they actually lost seats in the House, the Senate is set for lots of runoffs, and the presidency is so close? If Democrats cheated, don’t you think they would try and take all of those by landslide?

Fraud in this election just isn’t possible, and that’s a fact. America has had mail in and absentee ballots since the very end of the Civil War, which means we had mail-in ballots during World War II  and the Spanish influenza pandemic., at a certain point, WWII and the Spanish flu were happening at the same time, and it did not affect the elections at all. Sure, Trump was doing great on election night until they started counting the ballots where all the people live (i.e. the cities with large population numbers and a large number of mail-in ballots).

As for Joe Biden’s presidency, his plans for taking this virus seriously as we lead in cases worldwide is extremely hopeful for the American people. There has been talk about another lockdown. This has struck a lot of people negatively, but one has to realize that America leads in Covid cases and deaths, which is tragic and needs to be stopped. If that means that the economy suffers instead of our people, then it’s absolutely worth the risk. Biden also doesn’t plan on shutting everything down like Trump has egged on for the past year. Biden plans on actually making a plan to contain and stop this virus. One whole day in lockdown would cost 50 billion dollars according to Trump. There’s no way of really knowing if that’s true, but assuming it is, in retrospect that is nothing. According to the World Health Organization and The Center for Disease Control, we would only need to lockdown for a few days in order to balance out our Covid cases.

A new vaccine for Covid-19 has just been created in Germany with no ties to the Trump administration, which is absolutely incredible. Trump of course immediately tried to take credit for the vaccine, but the German company Pfizer quickly came out and confirmed Trump was not at all connected with the company or the vaccine. Trump’s Delusion led him to believe that his proposition to buy the vaccine off anyone who made it motivated the process of the vaccine’s development. Anyway, this vaccine has a 90% effectiveness rate. For some easy comparison, the average flu shot has a 55-65% effectiveness. This whole thing may be over soon. With Biden as our new president and a vaccine for the worst thing in 2020, things are looking up for the world.