According to Lily: Required Reading Lists Need an Update 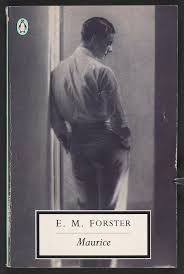 Among recent political turmoil and calls for justice, much more attention has been brought to the issue of diversity within all aspects of society.
The biggest example of this, of course, are the recent protests for the Black Lives Matter movement, which has grown in both size and power over the past year.

With this, people have been wanting their education to reflect the world and the people that we live with. This includes things like including queer and BIPOC (Black, Indigenous, and people of color) history in social studies classes. An area that this hits close to for me is in English required reading.

For years, required reading has been dominated by novels written by older, cis, heterosexual, men. This creates a very narrow field of vision because it limits points of views built on lived experiences to about one. This is obviously not representative of the world we live in and the students who are reading these books.

Of course, that doesn’t mean that some of these aren’t good. For example, something like The Great Gatsby by F. Scott Fitzgerald has some really good commentary on American society, and plays by people like William Shakespeare allow us to see in the past, with things that were written centuries  ago.

With that being said, I think that we should have more diversity within our reading. More books by women and POC and queer people being required would allow students to see different viewpoints and better empathize with other people.

Personally, I believe it would be far more helpful if everybody had to read texts by authors that aren’t just like them. We can never truly empathize with others if we don’t see from other people’s points of view.

If you’re looking to expand your reading list here are some recommendations.

One of my all-time favorite books is Malcolm X’s autobiography. Whether you agree with him or not, his viewpoint on life and his story is fascinating, and this book truly helped me understand the world better.

Another one of my favorite pieces of writing is Susan Stryker’s speech “My words to Victor Frankenstein Above the Village of Chamouix: performing transgender rage.” This speech is about some of the struggles that Stryker has experienced as a transwoman and how she can relate to an ostracized character like Frankenstein’s creation. It’s incredibly powerful and moving. This one is also more modern than most of the others mentioned with it being published somewhere in the late 1990s/2000s.

If you’re looking for a classic novel with some gay representation then I cannot recommend Maurice by E.M. Forster enough, which was originally written in 1914, but published in the ‘70s because of the gay content present in the novel. The novel is about a young man named Maurice and his getting older and discovering who he is and, unlike a lot of gay content, it has a happy ending!

Basically, I think it would be nice to see required reading actually change with the times. I’m tired of reading the same perspective every year, and students deserve a better line up of books.