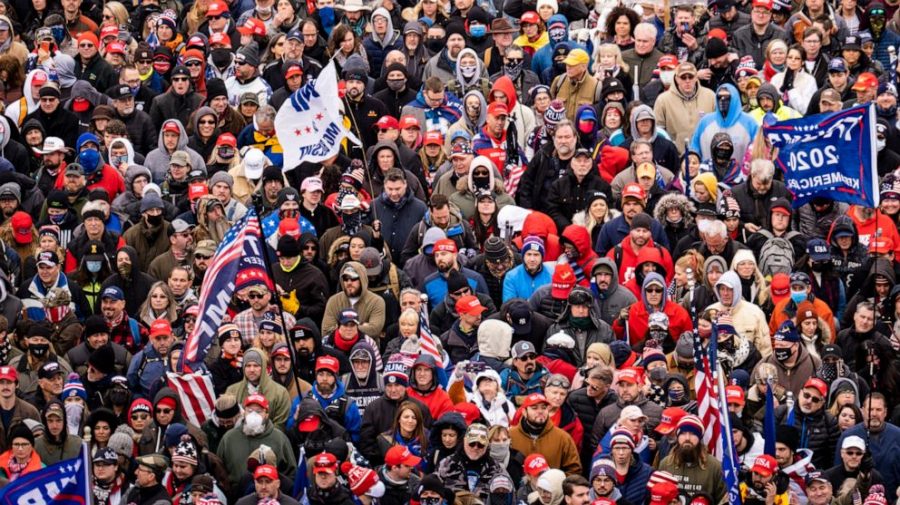 Two and a half weeks ago, a very unfortunate scene of events took place at the Capitol Hill in Washington, D.C. On Jan. 6, the House of Representatives and members of Congress were recounting the votes of the electoral college for the 2020 presidential election.
When supporters of former President Trump and some other Republicans found out that President Joe Biden had indeed won the election, they were mad. Trump tweeted out that day that the count of votes should stop and influenced his supporters to storm the Capitol amid a pandemic. While doing so, there was a huge mob of Trump supporters outside of the Capitol demanding Congress to stop the votes. Little by little things escalated and history went down from there.
Thousands of unmasked rioters at the nation’s Capitol on that day flouted public health guidelines in what experts have said may become a prime example of a coronavirus superspreader event. There were hundreds of pictures and videos that showed Trump supporters and rioters roaming the Capitol Hill grounds without masks and not social distancing. These are two of the most important measures recommended by the Centers for Disease Control to prevent COVID-19 that were violated. Public health officials believe that they won’t know for many weeks how many coronavirus cases will be related to the Capitol insurrection.
Republican State Rep. Mike Caruso of Florida told ABC News he is concerned about people returning from the D.C. riot and spreading the virus. “I would ask them to quarantine when they do come back and to go get tested,” Caruso said, adding that “before anyone flies, they should be tested.”
According to the WebMD, U.S. House members were exposed to the virus. Reps. Bonnie Watson Coleman, D-NJ, Jake LaTurner, R-KS, Pramila Jayapal, D-WA, and Brad Schneider, D-IL, have revealed positive COVID tests since the Wednesday riot.

To a surprise, some members were negligent to even wear a mask to prevent further spread of the virus. As lawmakers were in lockdown during the riot, Rep. Lisa Blunt Rochester, D-DE, offered multiple colleagues masks. A video obtained by CNN shows a number of maskless Republicans refusing her offer. On Rochester’s website, she wrote a statement, “Many Republicans still refused to take the bare minimum COVID-19 precaution and simply wear a … mask in a crowded room during a pandemic — creating a superspreader event on top of a domestic terrorist attack.”
Because of this, many Republicans and people who support Trump, believe that the virus isn’t harmful and just go with what the former vice president has to say about the pandemic.
Since the Jan. 6 riot, a freshman Congressman says he has the virus. U.S. Rep. Jacob LaTurner (R) KS, who was in the House chamber, said on Twitter that he tested positive late Wednesday and is showing no symptoms.
Along with LaTurner, many others were hit with the virus. There were up to 38 Capitol Police officers who had also tested positive while trying to prevent the Capitol riot from getting out of hand. It isn’t very clear if some of these police officers were on duty during the riot attack or when they contracted the virus.
While surpassing 400,000 deaths in the U.S., the new President of the United States Joe Biden, and Vice President Kamala Harris are doing their best to prevent the virus from spreading. Some of the rioters that took part in the Capitol Hill were identified and were arrested. Hopefully, moving forward in the future, the President will take new measures to stop events like these from happening again.