The Next Four Years With President Joe Biden 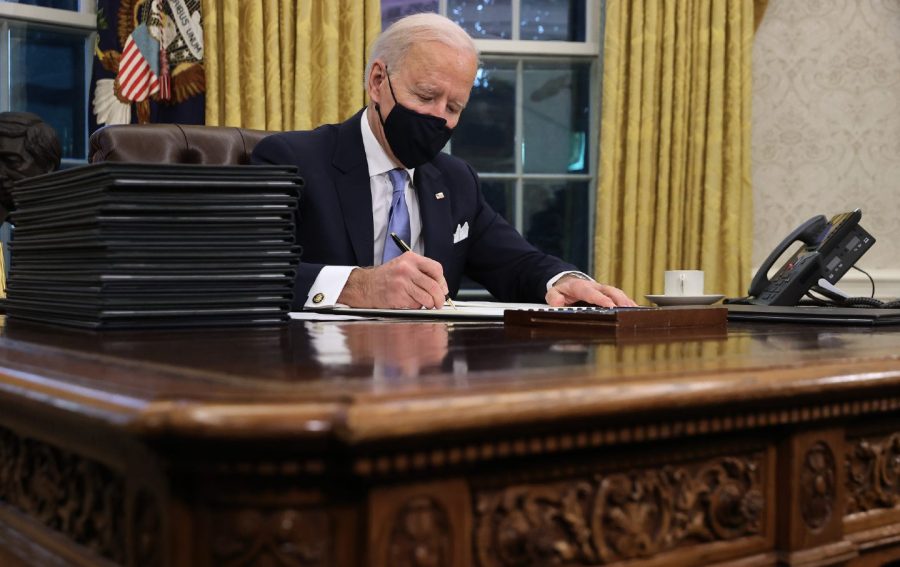 The Election is officially over Joe Biden is sworn in and the Georgia Senate runoffs have closed and declared both Democrat senators Jon Ossoff and Raphael Warnock the winners. This is a big deal for a number of reasons primarily the number of laws that have the potential to pass that could vastly change the way life is today.
Although this is a massive victory for the Democrats, this doesn’t mean they are unstoppable. Due to the way former President Donald Trump acted after the presidential election, slandering anyone who dared go against his self-proclaimed victory including Republicans, calling senators and House representatives “very bad people.”  This played a big part in the Georgia runoffs, since voters believed that the Republicans in Georgia were trying to get rid of Trump. Now that Trump has slandered the Republicans in some very key states in the southeast, we may see those states turn blue when it comes to elected officials.

Now that Joe Biden has been inaugurated as the 46th president of the United States of America, expect to see a lot of things happening in the news. Speaking of big things happening, Biden has signed 30 executive orders for Covid relief and to get the vaccine distribution working at tip-top shape. An order for the Economy has also been made that has set the road for raising the minimum wage to $15.00 an hour instead of $7.25. That is a massive jump for young people getting out and into the world; the minimum wage has not risen since the year 2000, and since then, we have seen economic inflation on products such as automobiles, food, and, most importantly, housing. People either getting out of old work or stepping into it for the first time will be able to afford a lot more than they could today. After being deprived of action for this virus, Biden has come in and delivered more than was expected for somebody who campaigned so “discreetly.”

As for things outside of Covid, now that Democrats hold the Senate and Congress a lot of work can be done regarding climate change and foreign relations, along with the on-going  Black Lives Matter protests, we can hopefully plan to see some civil disturbance change, primarily police reform. In countries in Europe and places in that area it takes 5-7 years of training to become a cop. In the U.S.,  police training is generally only five months,. this clearly affects fatalities.

Joe Biden and the Democratic party can now fix some certain wage gap issues that have been going on for far too long, along with the overfunded military and unfair tax breaks to the rich and corporations. Even though all this sounds very appealing, we still need to to face the fact that this is Joe Biden not Bernie Sanders or Andrew Yang. Looking at Biden’s history as a Vice President to Obama, when they held a majority like this they did very little with it, excluding the Affordable Care Act, mostly due to the Republicans blocking things Obama and Biden tried to get passed. Who knows, maybe this pandemic has opened some eyes in this new administration.

As for Madam Vice President Kamala Harris, she is much younger than Joe Biden and much quicker witted as well. Joe Biden’s current age, 78 years old, has altered the perspective that the public has with him and a stutter he’s been struggling with hasn’t exactly helped him. The fact is that Biden is old and could not complete his term if something happens to him. Kamala Harris being only 56 years old is honestly a much more comforting age for a president. Harrisis somebody many Americans haven’t seen before and could act to do much more than Biden. All we can really say now is that change is coming, whether it’s a lot or enough is up to this administration, and we must remember to closely watch our politicians and provide criticism. The last administration is a perfect example of what happens when you give somebody both praise and power.