The History of Tie-Dye 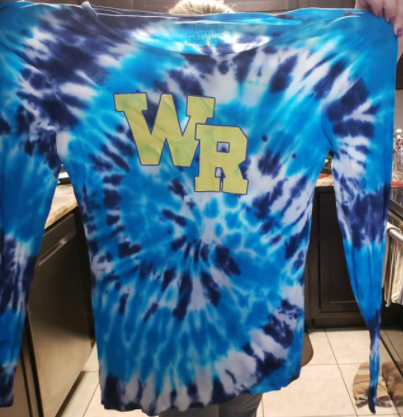 A majority of people think that tie-dye was created in the 1960s by hippies. This is actually when it was popularized.
Tie-dye was used as a way and a look for protesting the Vietnam war. The actual origin roots of tie-dye go back to ancient Asia.

The process was used during the T’ang Dynasty in China and the Nara Period in Japan as far back as the 6th century. They used natural dyes from berries, leaves, roots, and flowers to color clothing. These natural items were boiled, then fabrics were soaked in the dyed water to take on a new color. They called it Bandhani before the word “tie-dye” originated in the early 1900s.

In the United States, tie-dyeing first became popular in the Roaring’20s (aka the 1920s). It remained popular during the Great Depression as a way for people to cheaply decorate their homes and clothing using the tie-dying process. It became even more popular with the Vietnam war as a way for people to protest the war. Tie-dye is typically grouped with hippies and drug users. Not always though. Tie-dye is very important in my life, here is why.

Tie-dye is a very important aspect of my life because it’s colorful and it was a way for me to feel connected to my grandma. My grandma introduced me to tie-dye when I was born; I was always wearing tie-dye as a baby and a young kid. She passed away back in 2010, and I felt so disconnected from her. I then re-found tie-dye and my love for it. Especially over the quarantine period– I don’t have many white shirts left.

Tie-dye has just been a huge stress reliever over the past year. I will tie-dye when I feel stressed and upset. My family has been such a huge support for me and getting me all set with different dyes and helping me get the word out that I will sell them. Everything I do tie-dye is in name of my grandmother. It feels like she is right there with me giving me the color ideas and what design I want to do at that point.

Here is a link to how I do my tie-dyes. If you would like to follow along with this tutorial and show us what you have done. Make sure to post and tag the Haystack on social media. We would love to see what you create!