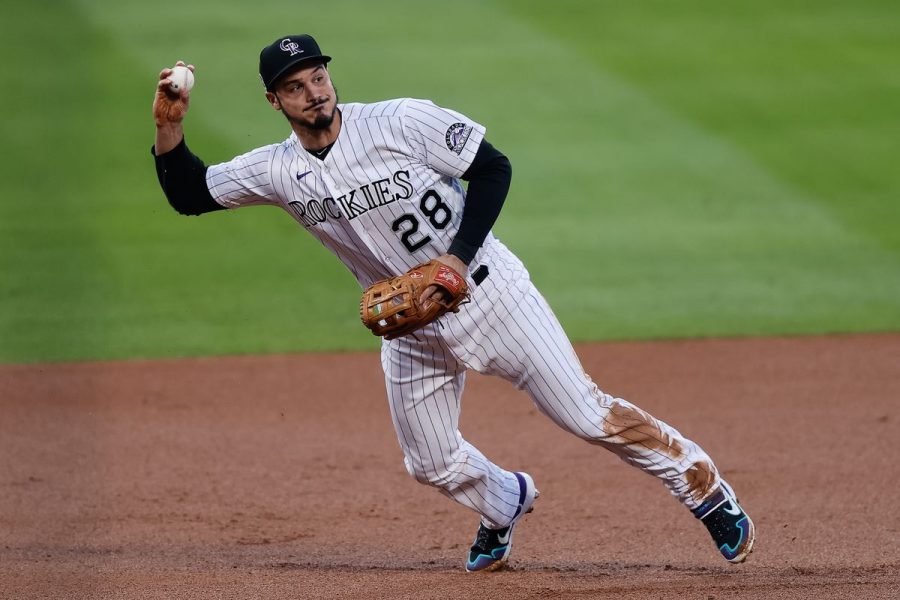 Colorado Rockies fans everywhere, including me, are shocked and disappointed at the recent trade that occurred on Jan. 29.
Star third baseman Nolan Arenado was traded to the St. Louis Cardinals on a monster trade. The Rockies have acquired left-handed pitcher Austin Gomber, third base prospect Elehuris Montero, infielder Mateo Gil, and right-handed pitchers Tony Locey and Jake Sommers. Rockies fans are not happy.

Arenado made his MLB debut with the Rockies in 2013, and fans instantly fell in love with how powerful his arm was and how well he could hit home runs. In just seven seasons, he hit 235 home runs, complementing his 649 total career runs. How could the Rockies let go of such a star player? Also, on the verge of being a championship team as well? It sounds as if it was a mutual decision, but the Rockies still let him walk.

In my opinion, this is a dumb move for the Rockies. Sure, they are receiving five new players, but those five new players won’t fill the void in Rockies fans’ hearts. Arenado was a key player for both at bat and in the field. How are these players supposed to fill all of the talent that the Rockies just lost? Some fans have made statements saying “I’m selling my season tickets” and “I’m not giving the Rockies another dime until ownership changes.”

This trade is going to cause more trades to happen with other big-name players on the Rockies such as shortstop Trevor Story and Center Fielder Charlie Blackmon.  There are already trade rumors for both of them. If those players get traded, Rockies fans, including myself, are going to go insane.

The Rockies are like this farming ground for the MLB. They get great players, get good, playoffs, championship contender, give players away. What is the point of giving away a franchise player? When the Red Sox’s sold Babe Ruth to the Yankees after he was with them for six years, they lost a player that made history with them. Fans were mad. Once the Yankees saw his play, they never gave him up. He was with the Yankees for 15 years. Now, Ruth is known as one of the best of all time. I feel as if this could be the same situation with Nolan Arenado. We had him for seven years and gave him to a team that sees his power and his greatness. They will lock him in for the rest of his career and will become one of the best players of all time.

Stay strong Rockies fans, we will get through this. Good luck Nolan Arenado on your journey! I’m rooting for you.