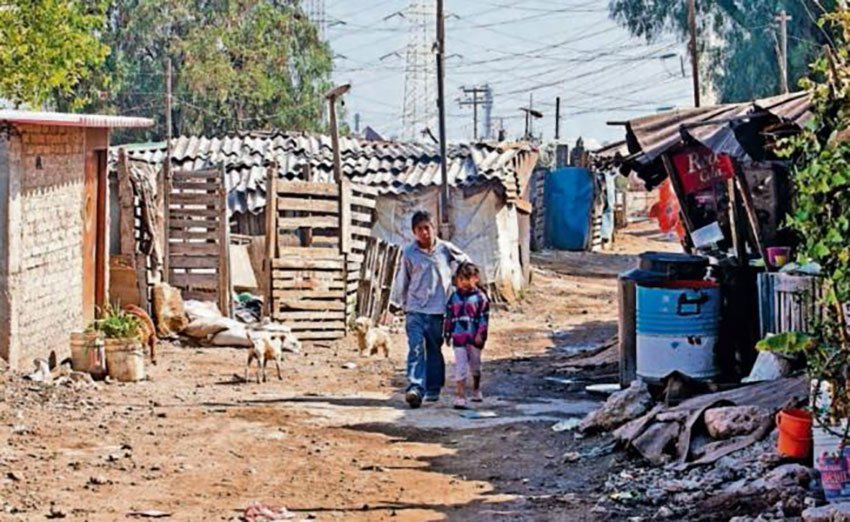 This is what many people in Mexico call home.

In 2018, it was estimated that 42% of the Mexican population lived in poverty. This figure indicates that about 52 million people in the entire nation lived in poverty. In 2015, Chiapas continued to be the poorest state and Oaxaca the second poorest, with poverty rates of 76.2% and 66.8% respectfully. An organization based in the state of Vermont called VAMOS! helps people struggling with poverty in Mexico.

Since its founding in 1987, VAMOS! has provided residents with education, food, health services, and much more for free in the state of Morales. Recently, the Borgen Project was able to speak with Executive Director Sean Dougherty about the origins and successes of VAMOS! Mexico City (Thomson Reuters Foundation) – The economic fallout from coronavirus could add nine million people to Mexico’s poor, according to a government study released on Monday calling for aid like pensions and insurance in the country that provides no federal jobless benefits.

Increased hardship could translate to at least 70 million Mexicans, 56% of the country, not earning enough to cover basic needs, said CONEVAL, the autonomous public agency that measures poverty.

Mexico has about 35,000 confirmed cases of coronavirus, which has killed at least 3,400 people.

With businesses forced to close to help stop the spread of the disease, more than 346,000 formal jobs were lost between mid-March and early April, the government said, with further layoffs expected as the economy shrinks.

In Mexico, women have been particularly vulnerable to the pandemic as they make up the majority of healthcare workers and face long hours, risk of illness, and housekeeping responsibilities.

Seeing the poverty myself was very heartbreaking. There are kids either trying to work by selling things, digging through trashcans for food, or sleeping on the side of the street in a cardboard box. I believe that we can do many things here in the U.S to help Mexico. Such as sending volunteers to help build homes or sending water and food for families. Small actions like that can have such a big impact on their lives.