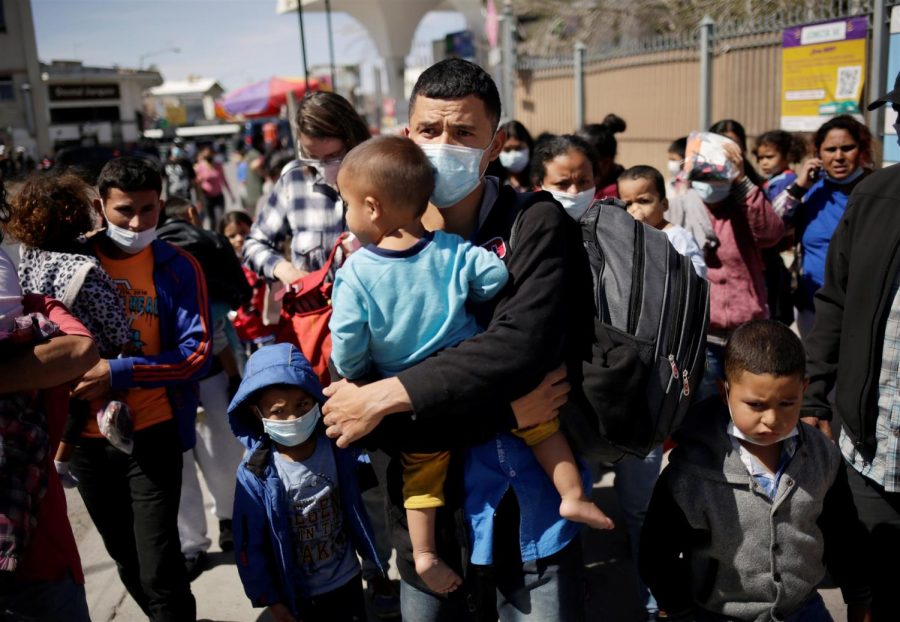 Immigrant communities and their defenders are celebrating a drastic change in the White House and a new plan to resolve the legal situation of the nation’s 11 million undocumented immigrants.
After four years of repression of President Donald Trump’s hard line immigration policies, the legalization of millions of people living in the shadows of American society is receiving a new consideration because of new President Joe Biden, who sent a proposal to Congress on the first day and immediately lifted the threat of mass deportations.

President Biden conducted a review of the country’s immigration laws on the day it was inaugurated, including an eight-year path to citizenship for immigrants without legal status and an extension of refugee admissions, along with an implementation plan deploying technology to patrol the border.

“I feel relieved,” said Rosibel Flores Arbaiza, a naturalized American citizen and leader of the large Salvadoran immigrant community in the country’s capital in an interview with ABC News. “We are aware right now… because we don’t know what’s going to happen, but our hope is in the new administration, because that’s what we’re looking for — change.”

Many immigrants, along with Arbaiza, feel the same thing and have high hopes that their migratory estates can change and no longer be afraid to go out to the supermarket and be questioned by the police.

The centerpiece of Biden’s plan and Vice President Harris is the eight-year path, which would place millions of qualified immigrants in a temporary state for five years and grant them a green card once they meet certain requirements, such as background check and tax payments.   They could apply for citizenship three years later.

Some immigrants would be accelerated under Biden’s proposal, including hundreds of thousands of agricultural workers, beneficiaries of temporary protection status, or TPS, and so-called Dreamers, undocumented young immigrants who arrived in the United States illegally when they were children.

There are over one million Dreamers in the United States with over 600,000 registered in DACA, the program created by President Barack Obama to temporarily protect immigrants from deportation and provide them with short-term work permits.

Ten years ago, Obama’s great push for immigration reform and the path to citizenship for millions of undocumented immigrants were not approved in Congress. Many criticized him for not fighting hard enough and leaving office without an agreement.

Most economists agree that mass deportation would be a blow to the economy, but the total impact of mass legalization is less clear. Many immigrants working in the US are doing jobs that other Americans will not do. Thousands are essential workers; many are at the forefront of fighting COVID-19.

Meanwhile, millions of immigrant families like Arbaiza are watching Biden from afar, hoping that he will keep his promises of a new immigration reform campaign.