Speech and Debate: A New Club That Has Something for Everyone 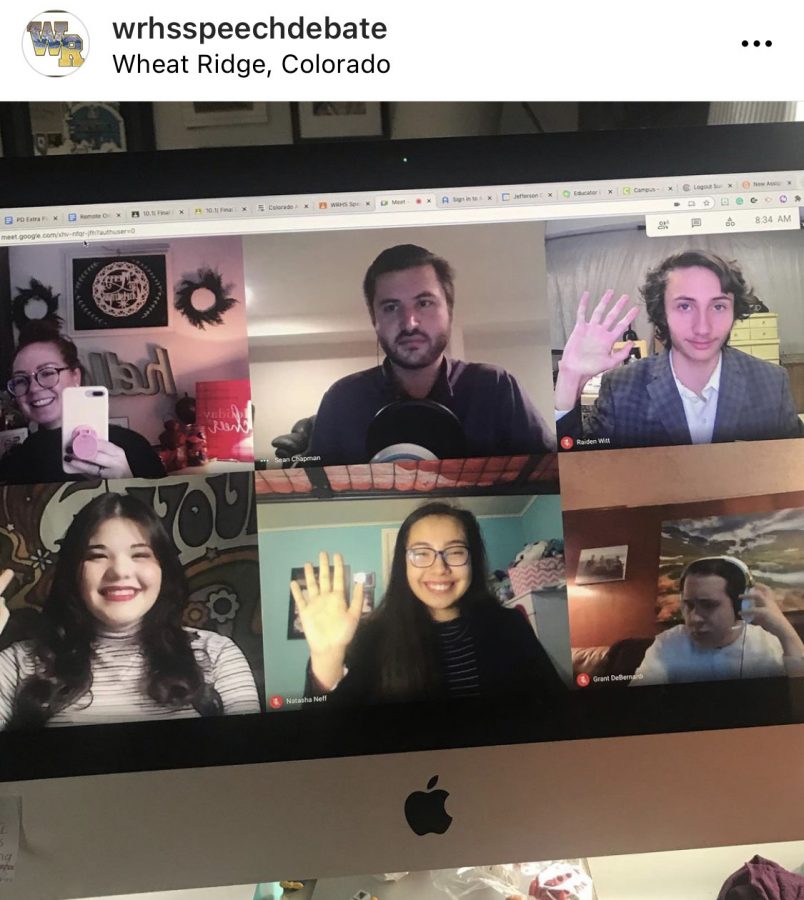 When you think of clubs here at Wheat Ridge, you probably think of things like sports and the theater department, but now it’s time to highlight one of the lesser known and newer clubs.

We have, available to all students, a speech and debate team. It is run by Englishteachers Meghan McDowell and Sean Chapman. In the words of both McDowell and Chapman, this is a group for a very large number of students. There are a number of different events where competitors prepare a “speech,” which can range from anywhere from a more comedic approach to more of a focus on acting to debate based on current events.

Now for a little history on these two coaches.

Meghan McDowell, who has been an English teacher here at WR for two years and has taught a total of nine years, participated in speech and debate when she was in high school, continuing her passion for it into college. As for coaching, she has been coaching speech and debate since her second year of teaching after she was convinced “by some juniors using their argument skills” and has since coached it at every school she has worked at.

Much like McDowell, Sean Chapman also participated in speech and debate in high school. He went to Golden, a school which WR has something of a history with. He focused on the debate aspects when he was in school. Also like McDowell, Chapman is a very new teacher to our school and was convinced by McDowell to come aboard as a coach.

“I told her I would love to help and the rest, as they say, is history” Chapman said, when recalling his history.

For people interested in being on the team, both coaches reiterated  how important it is for students to know that there is truly something for everybody. Whether you like slam poetry, acting, debating, being a researcher, or even acting, you can find your place in one of the numerous events.

Speech and Debate is also a part of CHSAA which means that you can even receive lettering or participate in national competitions for the team. Last year, Wheat Ridge’s very own Raiden Witt and Grant DeBernardi both qualified to enter the state level tournament (which was canceled due to COVID-19 complicating event planning).

If any of this sounded fun to you, contact either Meghan McDowell or Sean Chapman to speak about entering the team. We wish all who are on the team luck on any upcoming events.