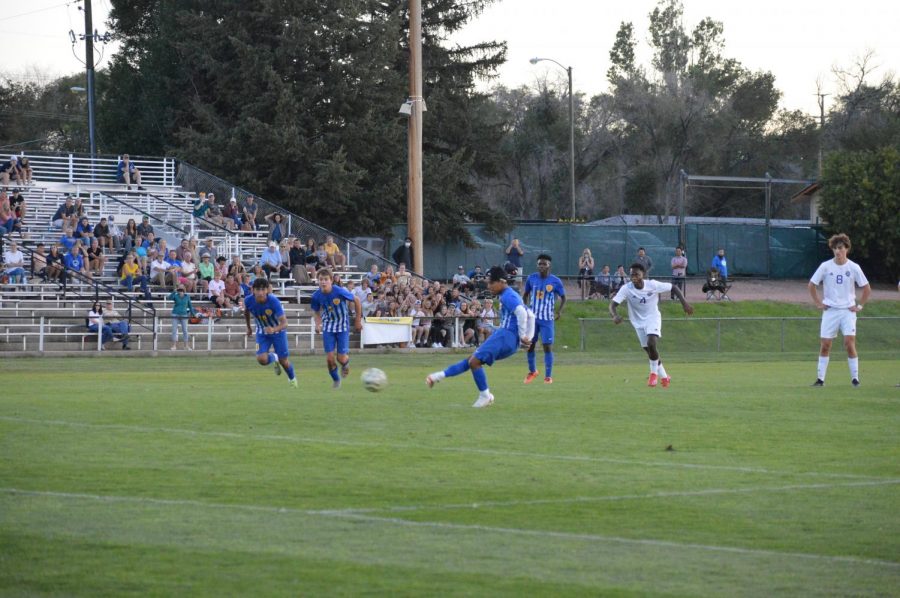 Last Tuesday the Farmer boys soccer team played state runners-ups, Denver North.
Senior Diego Berumen was taken down in the box with about seven minutes left in the first half. A penalty kick was called and junior Marco Neswadi stepped up and evened the score 1-1 going into half time. Five minutes into the second half, sophomore Bernard Jakab was played a through ball and scored, making the score 2-1. Denver North evened the score with four minutes left in the game. After two overtimes, the score stayed tied and now the Farmers are 0-1-1 going into an away game against George Washington on Sept. 2.